After a week of enjoying the local cuisine of the Pacific Northwest, I’m back! It was fun to see the similarities and differences between the produce available on the west coast compared to what’s been growing here on the east coast. We loved the restaurant Local 360, located in the Belltown neighborhood of Seattle. My husband and I shared a greek salad, and I was dreaming of making a similar one while on the red-eye back to NY. Lucky for me, my green-thumb-of-a-mom happened to  have a surplus of all the key ingredients on hand from her garden and CSA. If you mix in the beans and serve it with toasted pita, this salad turns into a satisfying meal. For my original greek salad post, otherwise known as the salad that started it all (which is quite different from this one) click here!

1. Prepare the dressing by mixing together the vinegar, shallots, garlic and oregano. Whisk the oil until combined and add salt and pepper to taste. Mix the onions in with the dressing and allow to sit for 20-30 minutes.

2. Combine cucumbers, tomatoes, green pepper, and beans (if you are using them) in a large bowl.

3. Add onions and dressing mixture and combine. Adjust seasoning as necessary. If you are using beans, you probably want to add more salt.

4. Sprinkle with feta, and serve with toasted pita. 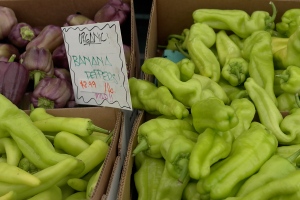 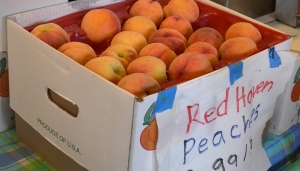